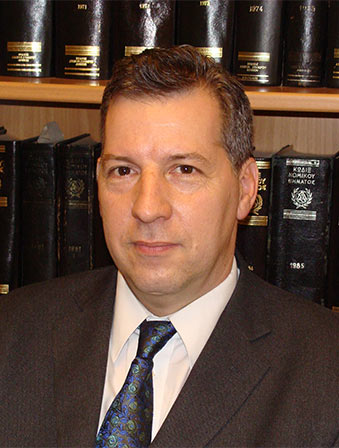 Christos graduated from the Faculty of Law of the National and Kapodistrian University of Athens, Greece in 1985. Was admitted to the Athens Bar Association in 1989 after completing his practice. After practicing for a number of years before the First Instance and subsequently the Courts of Appeal of Athens and Piraeus, he was admitted to practice before the Supreme Court of Greece in 2004.