In the early hours (01:40 Armenian time) of Wednesday May 3, 2006 (20:40 UTC May 2, 2006) Armavia Airlines international scheduled flight RNJ-967 took off from Zvartnots International Airport in Yerevan, Armenia destined to Sochi, Russian Federation. After 93 minutes of flight at 22:13:03 UTC May 2, 2006, Armavia 967 crashed into the Black Sea 4 miles southwest of Sochi runway, killing all persons aboard, 105 passengers (100 Armenian, 4 Russian and one Ukrainian) and 8 crewmembers all Armenian nationals. 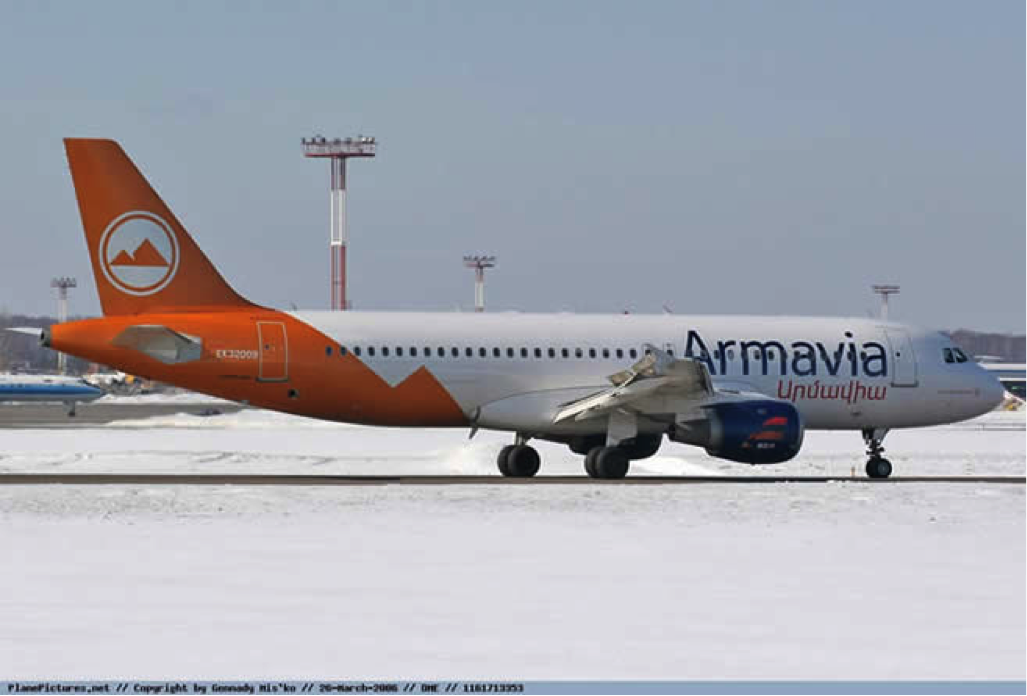 Not surprisingly, most “reports” and “expert analysis” which appeared in the media shortly after the accident, indicated pilot-error as the only possible cause of the accident.

The official investigation report issued in Moscow on February 2007 according to Annex 13 of the Chicago Convention by the Russian Air Accident Investigation Commission (AAIC-MAK) less than a year after the accident (AAIC-MAK report) concluded that:

However the AAIC-MAK report also concluded that the accident was caused because both PF (Pilot Flying) and PNF (Pilot-Not-Flying) failed to apply sufficient and adequate pitch inputs to arrest the aircrafts’ loss of altitude and thus prevent the impact with the sea, due to lost or degraded Situational Awareness (SA).

In the meantime, in the weeks that followed the accident long before any cause of the accident had officially become known, ARMAVIA officials made repeated public statements in which they declared their will to fully compensate all victims’ families by international standards. Unfortunately these statements were deceptive. Instead all ARMAVIA cared for, was to prevent families from obtaining independent legal advice and so learn their proper rights. Within July 2006 and while relatives had not recovered yet from the shock and devastation, ARMAVIA and their insurers in Armenia, induced the families to accept the ridiculously low sum of USD $ 20,000 per deceased passenger as total and full compensation. ARMAVIA then declared that this sum was the proper international standard of compensation and stated that they had no more liability.

At this stage we had no involvement in the case.

Only some months later and because the father of the late co-pilot Armen Davtyan-a retired pilot himself- refused to accept that the crash was exclusively caused by pilot-error, Mr and Mrs Davtyan retained our firm first to investigate the accident and help them find the truth for the loss of their beloved son and then seek proper compensation. We started working in December 2006 and eventually were retained by the families of 75 deceased passengers and crewmembers, Russian and Armenian.

Our task was first to investigate the actual causes of the accident and then to file lawsuits before competent Courts in order to seek proper compensation for the victims against ARMAVIA, who shamelessly misled all victims to believe that their compensatory rights were limited to USD $ 20,000 per passenger and then against any other responsible person.

The fatal aircraft was a A320-211 type jet manufactured by Airbus Industries SAS, Toulouse, France with MSN #547# and flew its first commercial flight in 1995. Before entering the Armenian registry in 2004, the fatal aircraft was leased for 6 consecutive years and operated by Ansett Australia registered as VH-HYO with the Australian registry. After the Australian airline operator went bankrupt in 2002, the aircraft (November 2002) returned to France re-entered the French register as F-WQSB and remained stored in hangar until February 2004 when its owner, FUNNEL (Cayman Islands), leased it to ARMAVIA. Under the operation of ARMAVIA the aircraft was maintained by “SABENA TECHNICS SA” in Brussels Belgium.

Just 73 seconds before crashing, at 22:11:49 UTC, Armavia 967 was flying in landing configuration at 1280 ft altitude (390 meters) (landing gear extended, CONF FULL) established on the glide scope, just 5km (2,6 nm) from the touch down point, and pilots had most probably established visual contact with runway lights. Unfortunately at that time, the crew were unexpectedly ordered by the Russian ATC to climb at holding pattern altitude 600 meters (2000ft) and to start a new approach for landing. From that moment and within very short time a safe and until then under control routine flight, became a major accident, claiming the lives of 113 people and devastating the lives of those left behind.

When Airbus entered the A320 type of aircraft in service in 1988, it revolutionized the industry by introducing extensive application of sophisticated computers in the cockpit, which largely took over a significant amount of pilot work load. Computers were used before in the cockpit but in the A320 computers were no longer to provide secondary help to the pilot. They actually took over the control of the aircraft. The most characteristic such computer application is the “Fly-By-Wire” (FBW) flight control system. The main idea of the FBW system is that conventional pilot’s “yoke”, the steering wheel device by which each pilot used to mechanically directly (through hydraulic servomechanisms) control the movement of pitch and roll flight control surfaces on the aircraft’s tail and wings (elevator, horizontal stabilizer and ailerons) has been exchanged for the side-stick, a small lever positioned on the side panel left for the captain (to be operated by his left hand) and right for the flying officer (to be operated by his right hand). Each one of the 2 side-sticks is linked to a computer, named Elevator Aileron Computer (ELAC). Deflection of the side-stick by the pilot in an omni-directional (360° ) mode from its center neutral position, transmits electronic signals to the ELAC which the later processes and interprets into moving orders through hydraulically activated servomechanism of the pitch or roll control surfaces on the aircraft’s tail and wings. So aside from the fact that the side-stick is much more concise and positioned on the side of each pilot as opposed to the central position of the conventional control column, the intervention of the ELAC computer between pilot’s command and actual control surface movement is the difference between FBW and classic (conventional) control system.

Following expensive legal and factual research which included extensive worldwide investigation of a significant number of A320 accidents and incidents and commissioning, and funding an independent report written by special experts in Germany (Professor Ladkin / Causalis Report) we found that the following known characteristics, principles and special features concerning A320 operation and design philosophy and actual manufacture are directly relevant to the Armavia 967 accident and all significantly affected and actually contributed as independent and/or combining with each other causes to the loss of situational awareness of the two Armenian pilots and the inevitable crash of the aircraft into the sea:

Russian AAIC-MAK report makes particular note to the fact that DUAL INPUT aural warning was inhibited as soon as GPWS alarm sounded and also points to the fact that such inhibition was not known to pilots and probably was fully appreciated by AIRBUS engineers during the simulations executed in relation with the investigation for the Armavia 967 crash. In order to fully understand the immediate and critical consequence which the inhibition of the DUAL INPUT aural warning had in the development of the accident, it is very important to note that as shown during the simulations executed at AIRBUS installation in Toulouse, Armavia 967 entered into a non-return condition only 5 seconds before the impact with the sea namely at 22:12:58 UTC (the impact occurred at 22:13:03). The EGPWS aural warning, which inhibited the DUAL INPUT warning started to sound at 22:12:41. Accordingly for 17 useful seconds (from 22:12:41 to 22:12:58) the PF due to the aural warning for DUAL INPUT having silenced, was deprived of the critical information that PNF was deflecting his side-stick. At the same time during those important 17 seconds PF was additionally distracted and further confused and loaded with the false and distressing illusion that the aircraft was not reacting normally to his control inputs, since he did not know that the DUAL INPUT aural warning was inhibited and on the contrary had formed a right in the view of the defective FCOM, but erroneous in reality, belief that the PNF was not deflecting his side-stick.

In 2008 acting on behalf of the families of 75 victims we filed lawsuits before Toulouse Courts in France against AIRBUS SAS. In such lawsuits we claimed that said design and manufacturing defects associated with the Fly-By-Wire flight control system of the A320 aircraft, in addition to other possible causes, contributed to the loss of SA (situational awareness) of the pilots which was the actual cause of the Armavia 967 crash.

This case is still under process.